The largest Joker Millions win ever!

Written by David on July 13, 2016. Posted in Yggdrasil Jackpot News.

On Monday the 11th of June 2016, the 21-year old Chris from Oslo was waiting for his girlfriend. She was shopping and he certainly didn’t feel like going after her, so he decided to stay and have a seat outside the shop. There he took his mobile phone out of his pocked and logged into his account at LeoVegas. And why shouldn’t he take this time to try his luck on Joker Millions? The jackpot is extremely high and you never know! Chris set his bet level to €1.25 per spin and started betting… And what do you think happened? Within just a few minutes he was 2.9 million euros richer!

Eight jackpots won in a row!

Written by David on April 13, 2016. Posted in Yggdrasil Jackpot News.

Not too long ago we had mentioned a promotional offer that was set up by Yggdrasil Gaming. During that competition players got to try their luck on the Holmes and the Stolen Stones slot just like any other day, while they also got a chance to win all kinds of additional cash prizes. That competition turned out to be pretty popular, because no less than 8 jackpots have been paid out in an extremely short timeframe! That means more than 250,000 euros in jackpot prizes has been awarded to some very lucky players and that doesn’t even include the regular winnings. Just imagine participating in a competition and walking away with a huge jackpot prize instead!

Written by David on March 24, 2016. Posted in Yggdrasil Jackpot News.

More and more people are getting lucky while playing the Yggdrasil slots. We get plenty of messages about gamblers who end up walking away with impressive amounts of money and we won’t even mention the Joker Millions jackpot of more than a million euros. Now one lucky lady from Germany managed to win the biggest Holmes jackpot so far on the 21st of March 2016, which means that she is almost 36,000 euros richer! Not a single gambler would so no to that situation, would you? But that isn’t even all of it, because this player managed to win said prize on her 36th birthday, which means she got the best birthday present ever from her favourite online casino!

Win more than a million euro

Written by David on March 13, 2016. Posted in Yggdrasil Jackpot News.

Just imagine winning more than a million euro out of the blue. That would enable you to do all kinds of fun things, like for example buy your dream car of get a gorgeous new house. Of course this situation sounds too good to be true, because it doesn’t exactly happen every day that someone walks away with such a prize. But did you know that these days it is definitely doable to win more than a million euro with the help of online gambling? The Joker Millions slot is at least as fun as any other casino game on the internet, except this one has one extra feature connected to it. This makes it possible for you to win a progressive jackpot at any given moment and that could come down to a pretty incredible amount of money! 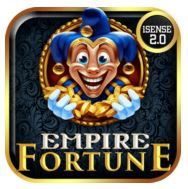 Written by David on March 6, 2016. Posted in Yggdrasil Jackpot News.

It is always good to get a chance to win an insane amount of money at an online casino and that is especially possible when you try your luck on a progressive jackpot. Yggdrasil Gaming had released a casino game before which has a progressive jackpot and it turned out to be a big success straight away. The Joker Millions slot offers plenty of interesting game features and furthermore it also has a lot of similarities with the famous and incredibly popular Jokerizer slot that was made by the same developer. But Yggdrasil isn’t going to stop there, because on the 5th of May 2016 you will get a chance to gamble on the Empire Fortune slot and that means even more chances to become a millionaire with one click of a button than before! 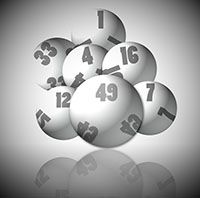 Winning odds compared to the lottery

Written by David on December 31, 2015. Posted in Yggdrasil Jackpot News.

Something we would all like to experience some time is to win the lottery. They advertise with prizes that go up to millions of euros and this money could be yours at any time. When we are realistic we know very well that the chances of winning the lottery are not exactly high, but still many of us actually by a ticket. Wouldn’t it be a better idea to start gambling at an online casino instead of taking part in the lottery? On the internet they have different winning odds compared to the lottery and in this news article we will explain how this works exactly. 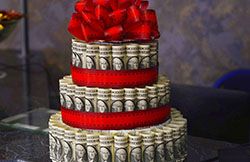 Written by David on December 19, 2015. Posted in Yggdrasil Jackpot News.

When you gamble online then clearly you are looking to end your session with as much money as possible. Generally the biggest prize you can get is a jackpot, so if there would be an easy way to claim one of those then that would be fantastic. Sadly there is no secret formula for that, but that doesn’t change the fact that there is a jackpot slot strategy that you can use to hopefully win a lot of cash. In this article you can find a useful method that might help you win an insane amount of money. Of course we cannot guarantee that you will become a millionaire by following our recommendations, but your chances of winning should definitely increase. 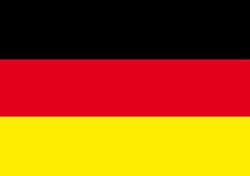 Written by David on December 15, 2015. Posted in Yggdrasil Jackpot News.

It really hasn’t been that long since Kim from Norway managed to win the very first Joker Millions jackpot. She walked away with a cool 720 thousand euros and that was after a playing session that took less than half an hour. Now the same jackpot has paid out for a second time, giving one lucky German player no less than 460.052 euros. The winner of almost half a million euros is called Thomas, he is 35 years old and he is from the South of Germany. In his own words he was in complete shock and he couldn’t believe what just happened. He is planning to buy new furniture with his winnings and to give half of the money to his parents. 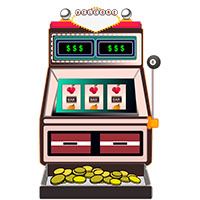 Written by David on November 18, 2015. Posted in Yggdrasil Jackpot News.

There are different types of jackpots to be found at an online casino and they also fall under different categories. The most important difference is that between local jackpots and pooled jackpots. These two don’t only differ in size, but also in the way that they are set up by the provider. We would be happy to explain how you can recognize local jackpots and pooled jackpots and why it is useful to be able to tell the one from the other. Of course we will also give you some examples of both types by pointing out jackpot slots from the selection of Yggdrasil Gaming. 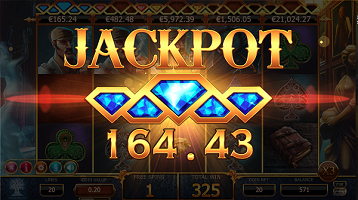 We won the Holmes jackpot!

Written by David on October 8, 2015. Posted in Yggdrasil Jackpot News.

The game hasn’t been around very long yet, but we honestly cannot get enough of the Holmes and the Stolen Stones slot. This games has a number of fun game features and also five different jackpots which we are very much hoping to win. Last night we finally managed to win a Holmes Jackpot, even though it was just a partial success. In this article we will give you a quick summary of our personal experience with this game. It definitely was an interesting session during which we managed to collect five stolen stones that had the same colour. Firstly we will give away that we did not walk away with that prize of tens of thousands of euros, but never say never!