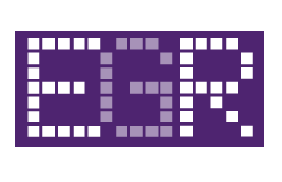 Written by David on October 31, 2015. Posted in Yggdrasil Casino News.

It’s going to take a while before the EGR B2B awards will be given away, because this event usually takes place in June. With a lot of time to go, online casinos, developers and other types of institutes are already being nominated. Remarkably (but not surprisingly) LeoVegas has already gotten six EGR nominations. That should give them a very good chance to receive some prizes in 2016, but of course that is something that we won’t be finding out until next year. The EGR nominations that LeoVegas received are: Best casino operator, mobile operator, affiliate program, marketing campaign, mobile casino product and slots operator.


What are the EGR B2B awards?

EGR stands for E-Gaming Review and they make a magazine that is completely focused on the world of online gambling. Once per year they organize a ceremony where awards are given out and this event has gotten the name ‘EGR B2B awards’. In 2016 it will be the seventh year in a row that it takes place and every single aspect of the online casino world will be covered. For example, they will look at different types of software, networks, mobile websites, payment providers, recruiters, IT and infrastructure. It isn’t really about the best casino in general, but about who are the best in specific areas.

The strong points of LeoVegas

LeoVegas is known to have the most ideal website for mobile gambling. People who like to use their smartphones and tablets for gambling often decide to try their luck at this Yggdrasil casino. It seems that the world of online gambling completely agrees with this idea, as we can also see from the EGR nominations and EGR awards in the past years. The awards that LeoVegas received in the past three years are:

Do you like to play at an online casino with your mobile device? Then you should probably register an account at LeoVegas, so you can enjoy their massive welcome bonus. You could receive up to a thousand euros in bonus plus hundreds of free spins!