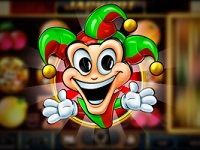 Written by David on April 14, 2016. Posted in Yggdrasil Bonus News.

The time has finally come, because the online casino software developer Yggdrasil Gaming has organised yet another in-game promotional offer! This one is sure to be just as popular as the other ones, or perhaps even more than that… Of course they set up some tournaments with the Nirvana slot and the Holmes and the Stolen Stones slot in the past, but now it’s time to play the Joker Millions slot. They are generally going to use the same principle that they used before, because there are several decent cash prizes to be paid out to hundreds of participating players. But considering the game choice we may be able to expect more than just a competition and a couple of cash prizes, as you will get to read in this article.


End up on the leaderboard

Just like before, you can get a place in the top 100 by playing on the designated casino game. Between the 15th and the 17th of April 2016 you should try your luck on the Joker Millions slot and you will have to reach a certain goal yet again. In previous tournaments you had to get a high score in the bonus game, but this slot doesn’t have anything like a free spins feature… So instead you are supposed to activate the so-called ‘jackpot spin’ feature, meaning you have to get a joker symbol on every one of the five reels at the same time. The players who get the highest win through that specific feature will end up on the leader board. The top 100 players shall qualify for part of 8000 euros in cash prizes, while another 2000 euros in cash prizes is awarded through a raffle to some lucky players that ended up in the top 500.

You may win a jackpot prize

Do you remember what happened during the last in-game promotional offer of Yggdrasil? The last Holmes tournament lead to so much game activity that there were no less than 8 jackpot winners in just a few days, who together won more than 250,000 euros! Of course the Holmes and the Stolen Stones slot has several smaller jackpots, so it makes sense that there were several prizes of that calibre that were won in a relatively short period of time. But during the upcoming Joker Millions tournament you might just win the jackpot of more than a million euros instead! At which Yggdrasil casino will you try your luck this weekend? The biggest jackpot win during the last tournament was at Mr Green, but of course it is hard to predict where the next big win will take place…