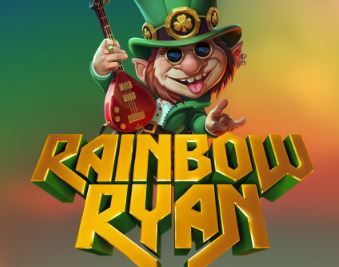 Written by David on July 20, 2017. Posted in Yggdrasil Software News.

Are you as excited to play the new videoslot by Yggdrasil Gaming as we are? We are just a few days away from the official release date of the Rainbow Ryan slot and that means there definitely will be a lot of interesting promotional offers to make use of as well. But first, let’s have a quick look at the game information that has already been released. That way we will get a good first impression and at least we will know more or less what to expect from the latest addition to the Yggdrasil portfolio. This is what we know so far:

According to the official website of Yggdrasil Gaming, the new Rainbow Ryan slot is about a leprechaun who is looking to put up an outstanding musical performance. His guitar skills should help bring the luck of the Irish to the game by making up to 6 reels synced. This should get even better during the free spins, where you will have at least two synced reels on every spin, and a chance to get even more synced reels as the bonus game progresses. Those respective bonus features are called ‘Rainbow Reels’ and the ‘Free spin mode’. The first one will randomly synchronise between 2 and 6 reels, increasing the chance of making a winning combination. The second one can be activated by collecting three or more free spin symbols and during this bonus game the number of synchronised reels can increase, but never decrease.

The game features of the Rainbow Ryan slot sound pretty fun and the technical details are pretty interesting as well. The theoretical return to player of this game is no less than 96.3%, the official release date is the 24th of July 2017 and since it uses the iSENSE 2.0+ engine it will of course be available on both desktop and mobile devices.
Would you like to try it out? Then make sure to create an account at one of our recommended Yggdrasil casino websites so you can play it for real money!