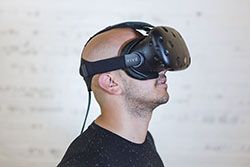 The relevance of 3D casino games

Written by David on February 29, 2016. Posted in Yggdrasil Software News.

Everything has to be modern and flashy these days and because of that we even see terms floating around like for example 3D casino games. But what are those exactly? Originally some websites on the internet came with the term ‘3D slots’ a couple of years ago and they were simply referring to modern slots with a three dimensional design. So for all that matters 3D casino games are just videoslots, no more and no less. But this does seem to be changing, because recently we have seen a lot of technological advances happening in one specific type of industry. This development has given a whole new life to the idea behind 3D gambling, meaning it is going to get a lot more relevant than it was before.
Examples of 3D slots

Since websites on the internet started working with the term 3D gambling you could also see the effect that it had on developers. Even Yggdrasil Gaming proudly announced that the Reef Run slot was their first 3D slot, although there wasn’t much practical proof that this game was actually three dimensional. Of course it look great and it has more than enough interesting game features, but we honestly cannot confirm that it has an additional dimension that makes the whole thing 3D. So at this time there are little to no 3D casino games on the market, unless we count modern videoslots of course. But that doesn’t change the fact that we are heading into a new direction when it comes to virtual reality. With the coming of VR you can rest assured that there will be plenty of new opportunities when it comes to technology and gambling.

The future of 3D casino games

At the moment that we are writing this article we are constantly seeing news articles about virtual reality glasses. The first consumer versions should be released very soon and it is pretty easy to imagine what people might be able to achieve with such a product. One of the many things for which you can use those VR glasses is gambling on 3D casino games, so that should be fun… Our prediction for the future of 3D gambling is that it is actually going to be a three dimensional experience. That means walking around in a virtual Yggdrasil casino with VR glasses on your head and trying your luck in a science fiction type surrounding. That is quite something different from sitting behind your desk and clicking the mouse with your finger, don’t you agree?