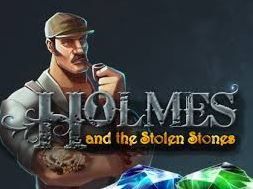 Win the Holmes tournament on 1 April

Written by David on March 27, 2016. Posted in Yggdrasil Bonus News.

No, this isn’t a joke… Yggdrasil Gaming has organised another fun tournament on the first day of the upcoming month and that will enable you to win a lot of money yet again! This time you can take part in the competition by playing the Holmes and the Stolen Stones slot at your favourite online casino. That way you may automatically qualify for ten thousand euro in cash prizes, because that is the total amount of money that will be split between the participating players. So do you want to try your luck on a wonderful videoslot, while also getting a chance to win a cash prize on top of your regular winnings from this game? Then make sure to play the Holmes and the Stolen Stones slot between the 1st and the 7th of April 2016!


A Holmes tournament and a raffle

If you manage to get an impressive win during the bonus game of the Holmes and the Stolen Stones slot between Friday the 1st of April and Thursday the 7th of April 2016 then there is a pretty good chance that you will end up on the leader board. The top one hundred players that are shown on the concerning list will definitely qualify for a nice cash prize, because those are the winners of the Holmes tournament that week. But even if you don’t manage to make the top 100 then you may still get a hold of a nice prize, because they are also giving away a number of cash prizes to the top 500 players through a raffle. So there is always a significant chance that you’ll lucky, as long as you participate in the Holmes tournament between 1 and 7 April!

Keep an eye on your position

Do you want to know that the current standings are on the leader board? Then there is no need to navigate away from the game, because the standings and the properties of the Holmes tournament can be seen in the slot itself. You will see an extra menu button which will give you access to the concerning overview and it doesn’t even matter at which Yggdrasil casino you are playing at that time. This functionality makes it a lot more practical to participate in a competition while gambling, because this way you won’t even need to interrupt your session. With the help of the Yggdrasil Boost technology this developer has made it possible to integrate the tournament within the game itself and that means you will no longer need to go to a news article or an external page for updates.