Yggdrasil Gaming is responsible for a lot of different types of online casino games. They originally hit it off with scratch card games, after which they also started making lotto games and videoslots. For all that matters, the Yggdrasil slots are of course their most famous (and popular) products. They’ve made quite a few of those, but they are still expanding their horizons! Because in addition to all of the beforementioned games, we can now also enjoy multiple Yggdrasil blackjack games!

In the later months of 2017, Yggdrasil Gaming officially announced that they would start releasing table games in addition to slots. They are now making use of the so-called REDUX technology with motion-capture, which combines the best aspects of live casino and RNG (Random Number Generator) games in a very impressive manner. That means players can now enjoy a truly intense 3D gambling experience without ever getting in touch with a real person. They are using this technology for roulette and baccarat, but also with blackjack. And that means we can now play this classic game for real money in an entirely new way!

The first of the Yggdrasil blackjack games was called Sonya Blackjack. It mainly focuses on an animated character named Sonja. She is a young lady who can take all kinds of shapes. Because the appearance of the dealer can be changed in many different ways by the player, from the colour of the hair to the combination of clothes and much more. But that isn’t all you can do. The digital dealers are created in such a way that they have extremely detailed hand movements and facial expressions. This will let them communicate with players in a remarkably convincing way, making your gaming session even more immersive than it would otherwise be! 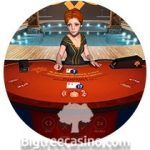 Sonya Blackjack works in a very similar way to other types of online blackjack games that are made by different developers. The main difference is that Yggdrasil blackjack will confront you with computerized dealers who have their own personalities. The rules of the game are as follows: You can play with six decks of cards, the dealer will peak for blackjack, the dealer will stand on a soft 17, blackjack will pay out 3 to 2, you can double on all two cards, you can double after a split, the player cannot split more than once, and there is no option for surrender. So, there are no remarkable exceptions to the norm that you need to keep in mind.

The table game named Sonya Blackjack was also released as an updated version, by the way. That one was called Sonya Blackjack Side bets and it does exactly what you would expect it to do. Because in this case you can also place side-bets. Up to three players can take a seat on a table, which creates a remarkably fun and interactive gaming experience. Especially when you compare it to other online casino games which depend on random number generators.

Lucky Blackjack with an Irish theme 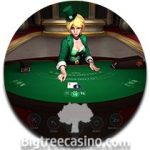 At the exact moment when Sonya Blackjack Side Bets was released, another game was introduced as well. That was the time when Yggdrasil Gaming decided to add Lucky Blackjack to the existing selection of Yggdrasil Blackjack games. Lucky Blackjack is a new title with a wonderful Irish theme. It has a very appropriately looking dealer and all of the game functions that we know from Sonya Blackjack Side Bets. It is still possible for multiple players to take a seat at the same table at the same time and you can still place side-bets. Except they went a little bit beyond in that last part. Because they now also let you play with the Lucky Lucky and the Lucky Ladies side-bet features.

And those weren’t the only improvements Yggdrasil Gaming introduced. Both Lucky Blackjack and Sonya Blackjack will let you use the ‘pre-decision’ and the ‘swifter animations’ features. Those are perfect for when you don’t feel like looking at long animations and you just want to make the game go a bit faster. By making use of these game functions you will get the results of the game-rounds much faster, which can be very convenient. And as if that wasn’t enough already, both games also offer the ‘picture-in-picture history’ feature, which will let you re-live your winning hands in stunning detail!

As Marcus Honney, head of table games of Yggdrasil Gaming, said: “The release of Lucky Blackjack and the new Sonya Blackjack features is really exciting for us as it marks the evolution of our interactive table game offering.” After all, the multiplayer aspect and the possibilities for making side-bets make the Yggdrasil Blackjack games absolutely unique!