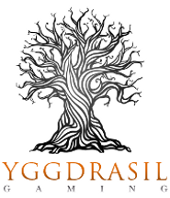 Written by David on August 27, 2015. Posted in Yggdrasil Software News.

This year Yggdrasil Gaming did remarkably well as an online casino software developer. They have been growing gradually and their games can be found more often every day at reliable casinos. What have they achieved in the past months? We’ll tell you! Firstly they have developed all kinds of new systems which make the games run even better and which will let them release new and improved versions. Also the Yggdrasil slots are now available in many more languages and currencies. But more importantly for the players is that the games by Yggdrasil Gaming have been incredibly well received, which has led to new online casinos offering their software.


An overview of what Yggdrasil has achieved

We will make a clear overview which shows how Yggdrasil Gaming grows as an online casino software developer. The different bullet points kind of speak for themselves, but we will try to put them down as clearly as possible:

Comments from the CEO of Yggdrasil Gaming

Fredrik Elmqvist, the general director of Yggdrasil Gaming, had the following to say about all the good news. While Yggdrasil Gaming grew steadily they hadn’t released as many games as they were hoping to this year. This is mainly because of all the work that was being done on the underlying systems and technology, but that should only be beneficial in the long term. They are of course extremely happy with all the positive results, which is thanks to a very talented team of people who work there.

Would you like to stay updated about all the good things that are still to come? Then make sure to keep an eye on the website of Yggdrasil casino. We will keep a keen eye on all the developments with this developer and when there is any news we will let you know!