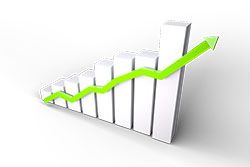 Written by David on May 17, 2016. Posted in Yggdrasil Software News.

We already knew that Yggdrasil Gaming did very well in 2015 compared to the year before, but by now we have reached the second quarter of 2016. It turns out that the online casino software developer has released some numbers recently and those gave us a pretty good idea about how they have been doing compared to last year. The latest results were shared in a very orderly fashion and of course we are going to tell you what this entailed, because we find it extremely interesting to see how much more popular the slots from this developer have become in the past twelve months.
The highlights of Q1 this year

For starters, the revenues increased with no less than 519% compared to last year, meaning they made no less than five times as much compared to the same timeframe twelve months ago. Furthermore they saw ten times as many bets being placed on the Yggdrasil slots, since they counted an increase of no less than 922% in that field. Remarkably enough, the total gross game win on Yggdrasil mobile casino games was an amazing 45% compared to 17% in the first quarter of 2015. So the available mobile slots seem to be doing very well. Finally there are also a lot of promising signs for the future, like the fact that Yggdrasil Gaming is now available in the United Kingdom, that they started working with new Yggdrasil casino websites and that a bunch of new games were released yet again. This developer just won’t stop growing!

Comments from the director

The big boss called Fredrik Elmqvist was of course very happy with the positive results. He had all kinds of things to say about the latest developments at his company, but he also remarked that there are plenty of new things on the agenda. For example, Yggdrasil Gaming is about to get a license in Gibraltar and furthermore the Joker Millions jackpot has reached a record height of no less than 1.7 million euros.