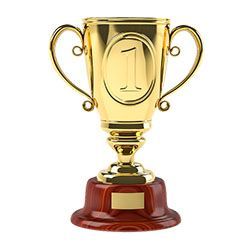 Yggdrasil slot provider of the year

Written by David on June 12, 2016. Posted in Yggdrasil Software News.

Of course we all knew that Yggdrasil Gaming knows how to release an impressive product, but this has now also been officially confirmed. Because they were named the best slot provider of the year at the world famous EGR B2B awards in London this year! That is quite the achievement, especially considering the other online casino software developers that were nominated for said prize. So it may be clear that Yggdrasil Gaming is no longer a new player on the market, but an established brand under the providers of casino games on the internet. Keep on reading to find out more about the award that they got and feel free to look around on our website to learn other things about the best developer in the world.
The competition bites the dust

What would you think as a relatively new developer of online casino game when you get nominated for the award ‘best slot provider of the year’? Wonderful, of course! But then you find out that a number of other brands have also been nominated for the same prize and they have been around for decades. Providers such as IGT, Playtech and Microgaming were also on the list for this award and that is quite the competition… Nevertheless, Yggdrasil Gaming managed to take the prize and that is an unbelievable achievement!

Why they made Yggdrasil provider of the year

You tell us, why do you suppose Yggdrasil slots are the best on the world? We can come with a number of reasons… For starters, they release new games consistently and each and every one of them is extremely refreshing. Furthermore they all look nice as well, while they also have all kinds of unique themes that make them different. And as if those aren’t enough reasons already, Yggdrasil Boost offers a bunch of interesting features which enables websites to set up promotional offers with great ease. Shall we continue, of are you going to visit an Yggdrasil casino straight away to play the best slots on the internet?